With over a thousand islands in Croatia, it can be a tough decision deciding on which islands to adventure to first. Whether sailing around the Adriatic Sea, island hopping, or on a relaxing holiday, these five island will give you a taste of the unique culture, delicious cuisine, ancient sights, and beautiful beaches that you can visit on your sailing journey around the Croatian islands. 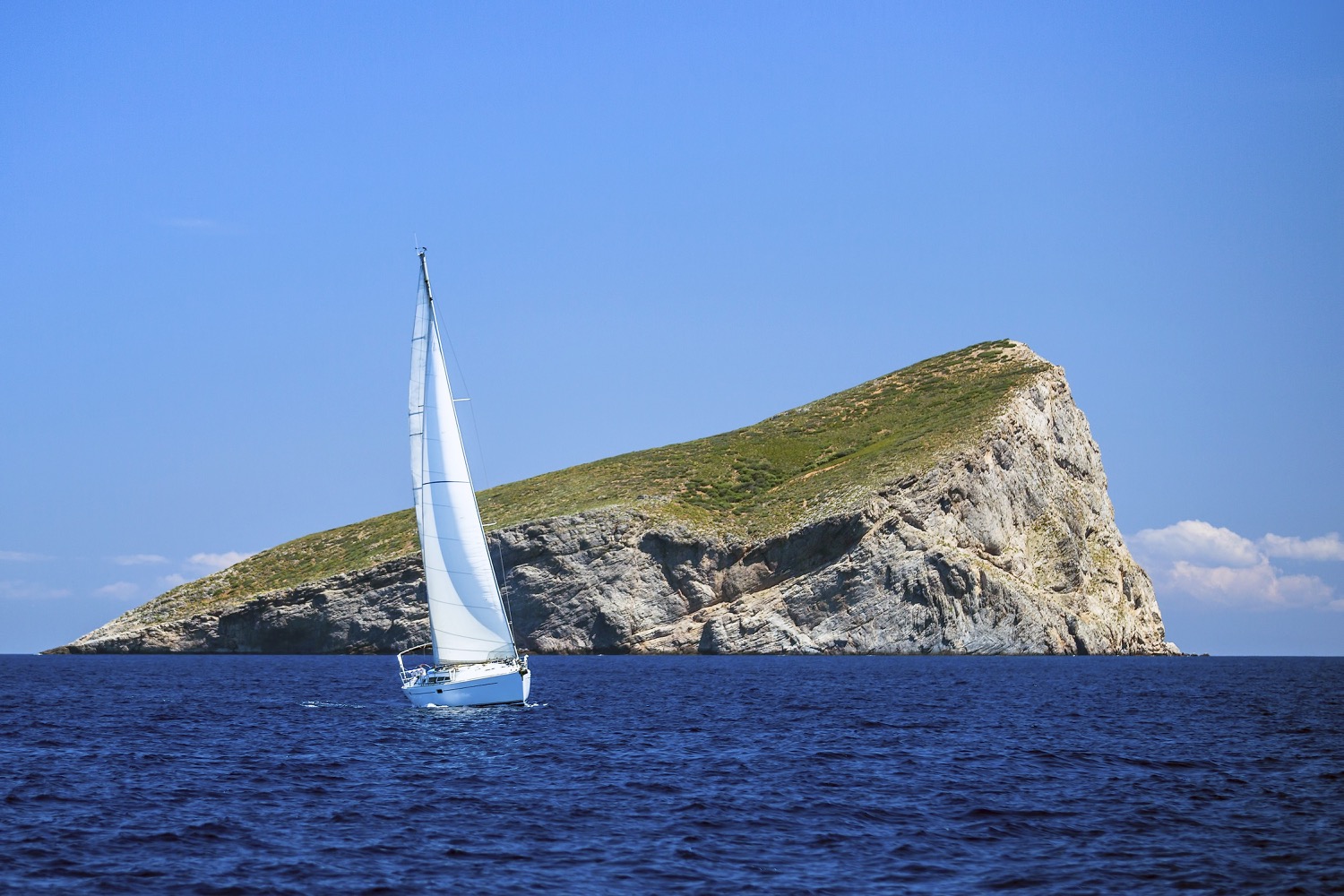 Located off the Southern coast of Croatia, Mljet is one of the larger islands in Dalmatia that’s covered in lush forests with Mljet National Park covering half of the island. Two saltwater lakes, Veliko and Malo Jezero, border the national park where you can swim, kayak, cycle or go hiking to see stunning views of the coastline and park. There is also a 12th century Benedictine monastery in the middle of Veliko Jezero that has been turned into a restaurant.

Head to one of three beaches in Saplunara to swim in the beautiful, clear blue Mediterranean Sea or view Odysseus’ Cave, near the town of Babino Polje, where Odysseus is thought to have taken shelter after a shipwreck.

You can reach Mljet by ferry from the Pelješac peninsula or Dubrovnik.

Krk is the largest Adriatic island and the most frequently visited by tourists. With its mild Mediterranean climate, vast variety of flora and natural beauty, and the fact that it’s easily accessible, this island is a must visit!

There are a wide variety of activities, including numerous sandy beaches around the island, wakeboarding in the town of Korni?, the Baška aquarium, and the Biserujka cave where you can see beautiful calcite formations.

Whether you’re looking for a beach getaway, a cultural experience in ancient towns, or delicious food in quaint cafés and restaurants, this diverse island has something for everyone.

The island of Brac features the highest peak, Vidova Gora, of all of the Adriatic islands and is known for its white building stone and olive oil. Much of the landscape is steep and rocky as it’s dominated by limestone, but flatter areas can be found on the southern side of the island.

Supetar, Pucisca and Bol are the main towns in Brac. Supetar is the cultural and main tourist area on the island while Pucisca features a genuine Mediterranean atmosphere with its white roofs and local stone work. Head to the harbor town of Bol and relax on the sandy beach of Zlatni Rat, said to be one of the most beautiful beaches in Croatia.

Hvar is another popular island to visit by tourists that’s located in between Brac and Kor?ula. Its winters are mild and summers warm, the landscape features fresh water springs with rolling hills of lavender, olive groves, fruit orchards and pine forests. The Stari Grad Plain, an agricultural landscape created by ancient Greek colonists in the 4th century BC, is a UNESCO World Heritage Site.

In Hvar town, you can climb the top to the Fortica Fortress to see stunning views of Hvar and the Pakleni Islands in the distance. Sail around these 21 offshore islets and easily stop to take a swim in the crystal clear water on one of the secluded beaches. There are also many coves which are great for diving, snorkeling and fishing.

The island of Kor?ula is a juxtaposition of green forested landscape with olive groves, vineyards and tall stone walls surrounding the old city with the same name. You can visit many historic sites in Kor?ula city including a 15th century Franciscan monastery and the Cathedral of St. Mark. View a traditional sword dance, called moreška, that dates back to the middle ages.

Indulge in some of the local cuisine such as pašticada (stewed beef), poga?ice (deep-fried dough), brodet (fish stew) and wash it down with grk or pošip, both local white wines. If it’s beautiful beaches you’re after, head to the town of Lumbarda to Vela Przina beach, one of the most popular on the island. Pupnatska Luka is another great choice as this beach is surrounded by lush vegetation and features idyllic clear seas to swim in. This beach can be reached by road from the village of Pupnat.